EmmDee said:
"Just asking questions" - the comfort blanket of the uninformed (whether deliberately or not).
Click to expand...

You're probably better informed than me, but I'm not uninformed, just asking questions. I'm not opposed to the vaccine, though probably won't get a fourth (maybe that'll make me an idiot). I'm triple vaccinated and had Omicron. My two adult sons are double vaccinated and had Omicron. My unvaccinated 11 year old had asymptomatic Covid over Christmas, I'm currently disinclined to get him a vaccine as he should have some natural immunity and it would seems that the current iteration holds no fears for him.


EmmDee said:
Omicron has resulted in much higher hospitalisation for younger populations - where before there was a low probability of illness it seems that is higher now.
Click to expand...

I don't know the stats but it was very low. Is it not still very low? Might the figures be skewed by hospital admissions with incidental Covid?
P

EmmDee said:
"Just asking questions" - the comfort blanket of the uninformed (whether deliberately or not).

The vaccines in question were not developed at "breakneck" speed. I watched the Dimbleby lecture where Prof Sarah Gilbert (led the Oxford vaccine team) described how the work on the Oxford and MRNA vaccines had actually been going on for years. What had been realised after MARS and Ebola outbreaks was that there was a risk of more new viruses and the traditional vaccine development approach was too slow to respond. So they had been developing a new vaccine delivery infrastructure that would then allow for quicker development and testing of vaccines - so the delivery mechanism was already tested and safe and therefore just needed to be adjusted for a new virus. COVID was sequenced within days of appearing and the initial vaccine was ready for testing within a month or two. She also explained that none of the testing was skipped -what allowed quicker deployment was that they were funded to prepare for the following stages before completion of prior stage - so for example, mass production facilities were being prepared before testing was complete. If anything was done at breakneck speed it was political and funding decisions, not a reduction in scientific rigour. The MRNA approach was an alternative but similar logic to the Oxford one

The reduction of efficacy is due to the amount of variation and Omicron has significant variations. She also made the point that they could produce a variant of the vaccine to a new variant virus within 3 months but that there is always a balance between higher efficacy versus production delay to switch. So if the vaccine is reasonably effective on a new variant, it is more efficient to keep using the current stocks. It may be that they end up producing a new booster adjusted for Omicron

Omicron has resulted in much higher hospitalisation for younger populations - where before there was a low probability of illness it seems that is higher now.
Click to expand...

No matter how many times all this has been explained there is a cohort that simply refuses to accept it .

Had any of the vaccines been toxic or harmful there would be huge numbers of people showing symptoms of that given the now billions of vaccines administered, yet they will focus on a few cases .

The Mnra vaccines don't even enter your DNA, it tells your T cells to look out for and attack the spike protein of the virus, to put it in lay man's terms "it sends a text to your T cells " thus the M

Of course the " waning " is something highlighted in the middle of 2020 and gave rise to us having 2 jabs to extend immunity to 6 months so that populations could be offered some protection.

Then Delta and Omicron comes along, and 3rd jabs are required.

These vaccines are being updated,tested and if its believed needed will be produced and this is a fact, AZ, Moderna, Pfizer, J&J continue to spend billions to try and be ready for the next variant.

Questions regarding vaccines have been asked by suitability qualified people since phase 1 trials began in May 2020, asking questions from highly biased individuals like the doctor who is against mandatory vaccination as he is unvaccinated and probably won't get vaccinated, frankly is BS.
B

This is the critical point..

Bluefin said:
This is the critical point..

Hopefully once this cohort get infected they will build up some natural immunity and won't be to much of a burden on the health system
Click to expand...

They also need to stop " making stuff up" or indulging in "whataboutery" about the vaccines so they can justify their decision, there are plenty of echo chambers that will facilitate their ignorant views and create more.

Natural immunity might never happen as it's a virus that mutates regularly. And of course they'll be treated in hospital even when they have an opportunity to lessen that burden.

" There can be no truth without facts" one of the Peace Noble Laureates wrote that and it's true
Last edited: 13 Jan 2022
P

Duke of Marmalade said:
Novax is still 2.8 favourite to win the Aussie Open. So the smart money thinks this is all a storm in a teacup. If you think he is going to be deported short him at 2.8. Even if not deported he still might lose the thing.
Click to expand...

Thanks for the heads-up
L

Really would have made a joke of the severe restrictions on their own citizens if they turned a blind eye to the litany of issues with his entry.
J

He should not be allowed to play in France or UK either, in my opinion.
P

joer said:
He should not be allowed to play in France or UK either, in my opinion.
Click to expand...

I hope that by the time both of those championships come around we may not have to be concerned on his status.

But if we are in the throes of another variant 100% agree.

He really needs a slap, and his sponsors need to have a chat too.
P

Well looks like the majority of the UK has removed all restrictions including the requirements for face masks in a multitude of settings where close contact is inevitable. ( I think this applies to England for now, with exceptions such as London transport still mandating mask wearing)

Javid said something like " we must live with Covid-19 as we do with the flu" somebody should remind him that covid isn't the flu his language won't do much for their vaccine program which now has approximately 64% boosted.

I am of the opinion that we must move on , Omicron is a lot milder but we must move on carefully. Masks should be still promoted for general good health and should be worn in places where the risk levels of infection are highest. Of course good health practices will also help with the better control of other viruses such as colds and the flu.

It will be interesting where we / Europe finds itself over the next 2 months.
Last edited: 20 Jan 2022
L

Paul O Mahoney said:
Javid said something like " we must live with Covid-19 as we do with the flu" somebody should remind him that covid isn't the flu his language won't do much for their vaccine program which now has approximately 64% boosted.
Click to expand...

They're now in a position where the career prospects of one individual outweighs all else!
P

Leo said:
They're now in a position where the career prospects of one individual outweighs all else!
Click to expand...

Absolutely, and I do wonder if he wasn't under so much pressure would this call be made.
L

Paul O Mahoney said:
Absolutely, and I do wonder if he wasn't under so much pressure would this call be made.
Click to expand...

They've always been a bit gung-ho in their approach, perhaps driven by a desire to make Brexit look like a good idea through prioitising the economy. They've almost twice the death rate that we do as a result. Only time will tell whether this timing is reckless, prudent or somewhere in between.
O

But things loosening up in NI also 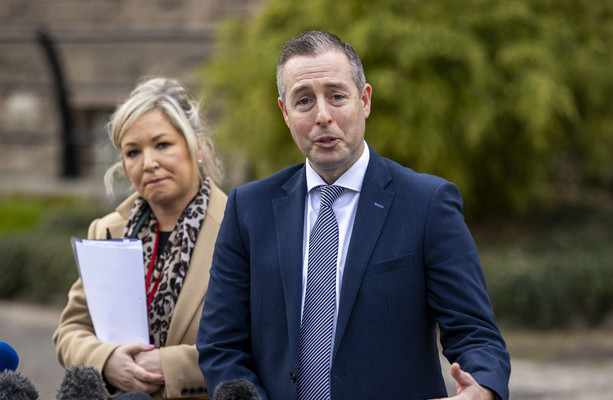 They include ending the legal requirement for Covid certification to enter some hospitality venues and the reopening of nightclubs.

First the minks, now the hamsters: 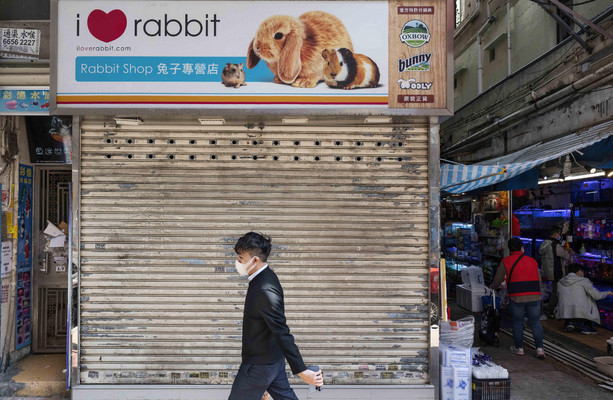 The cull was approved after a number of hamsters in a pet shop tested positive for Covid-19.

This, albeit Chinese, study suggests a mouse origin for the Omicron variant . .


"Collectively, our results suggest that the progenitor of Omicron jumped from humans to mice, rapidly accumulated mutations conducive to infecting that host, then jumped back into humans, indicating an inter-species evolutionary trajectory for the Omicron outbreak."
J

On l lighter note , sort of, ...this virus started and finished with a 'bat out of hell'
P 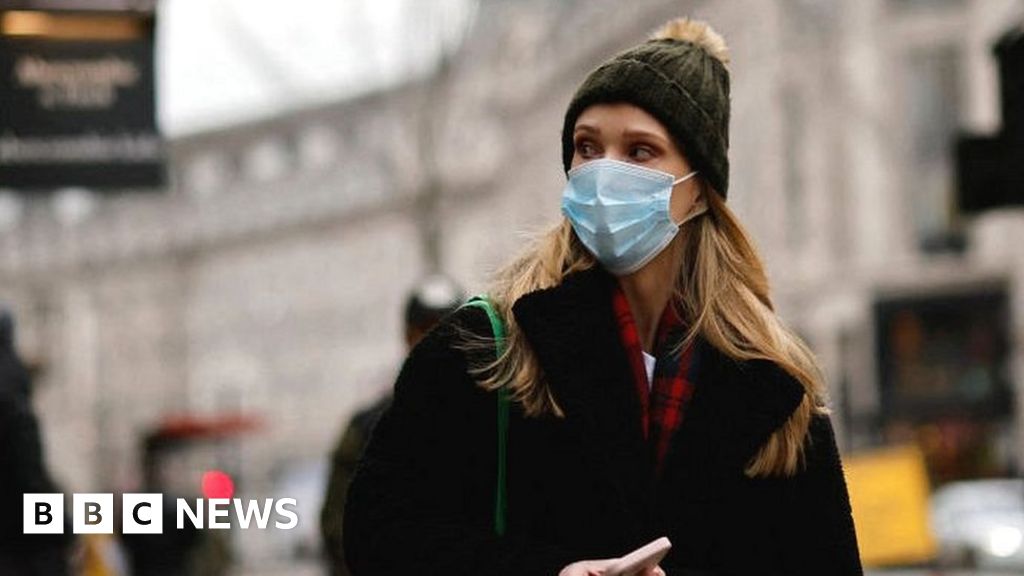 Two-thirds with Omicron say they have had Covid before

The latest findings hint at how common reinfections might be and who is more likely to catch Covid again.
www.bbc.com

This is an interesting study, it states that 1 in 23 people in England contracted/had covid in the first 3 weeks of January with 65% of those saying that they had covid previously.

While we know that Omicron is milder these are very large numbers and the risks associated with the virus don't seem be reducing.
O

There doesn't seem to be much or any flu circulating. Omicron is raging but not the other usual winter viruses which put strain on health services - probably because of the measures intended to suppress covid as they are less infectious. That takes some pressure off, and vaccines covid is now at a level they can handle?
S

"France says it will start administering Pfizer’s coronavirus antiviral drug this week, the first pill for treating COVID-19 approved in the 27-nation EU.

It has received its first 10,000 doses of the Pfizer drug Paxlovid and they will be available in pharmacies starting Friday, the Health Ministry said Wednesday. It says it’s the first European Union country to start providing the treatment since it won regulatory approval last week.

It will be given to adults with symptoms who don’t require oxygen and who are at higher risk of severe disease, according to European Medicines Agency guidelines. Supplies of the drug remain limited worldwide.

An antiviral pill from Merck also is expected to soon be authorized. Both drugs are expected to be effective against omicron because they do not target the spike protein where most of the variant’s worrisome mutations reside."
You must log in or register to reply here.
Share:
Reddit Pinterest Tumblr WhatsApp Email Share Link
Top