How long can the forming of a government take? 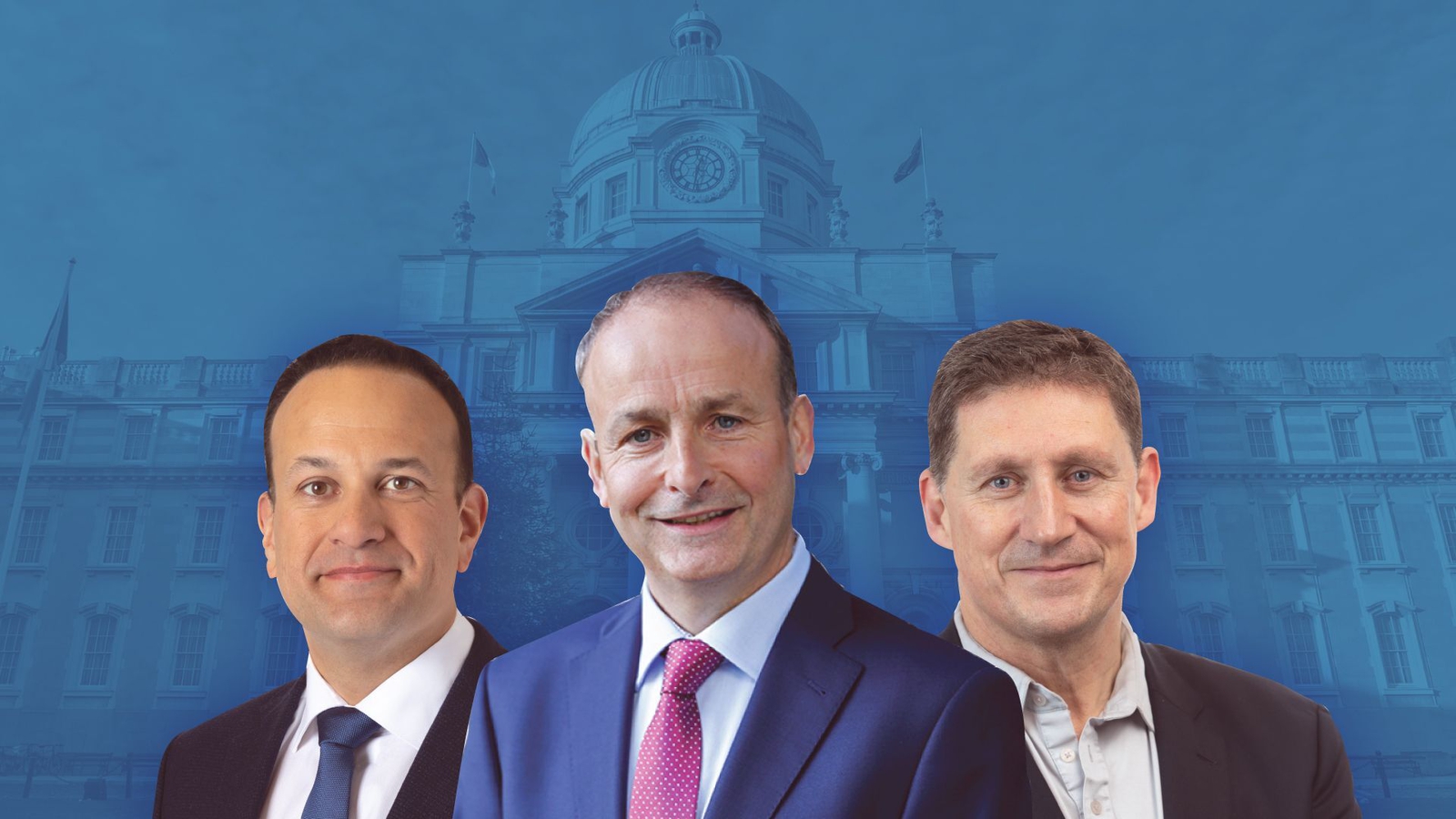 The Green Party has joined both Fianna Fáil and Fine Gael in giving its backing to the programme for government, paving the way for a historic coalition between the parties.

Pretty resounding vote of approval there.
I could be wrong, but my inkling is that the FF vote will be a lot closer than Green vote.
O

Resounding result also. Just one more to go. Hopefully this time tomorrow we will have a new government in place.
O

WolfeTone said:
Pretty resounding vote of approval there.
I could be wrong, but my inkling is that the FF vote will be a lot closer than Green vote.
Click to expand...

Green Party members voted to endorse the programme with 76% favouring the deal – above the two-thirds that was needed for the endorsement of the deal. 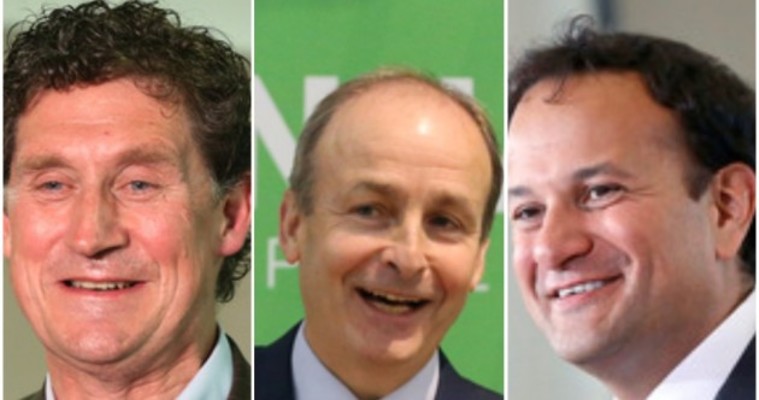 It's a yes: FF, FG and Greens to enter coalition after members back government deal

Martin can expect to be elected taoiseach when the Dáil meets in the Convention Centre tomorrow.

Relieved and delighted that a new Government is formed.
W

Pretty resounding all round. Well done to each of the party leaders. I wish them all well.

How long before we can start deriding them?
D

The Shinners have started deriding them already.
“People voted for change”, they’re claiming. If my memory serves, there was no ‘change’ option on my ballot paper. Just a list of TDs.

“Our voters are being ignored”, is another narrative they’re trying to generate. Well, some of those voters transferred to FF, FG and the Greens, so they’re are not being ignored.

“We had the highest percentage vote, we should govern”, is another mis-informed line.
HELLO, this is the Dáil, not Westminster. It doesn’t work like that in Ireland. We’ve got PR. 51% of the people gave their first preference to the government parties.

Maybe someone could correct me, but AFAIK FF “won” (as in highest percentage vote and most TDs) in every election from 1932-2007.
Do SF think think FF should have been in government all that time?
L

After the formalities today we'll have a new Taoiseach and a new government. At last, we have an electorate that is not 100% loyal to a particular political party. If I were Micheál Martin or Leo Varadkar I'd be cracking the whip to get the government working fast and well. Sinn Féin are snapping at their heels and public opinion matters more than it ever had.

The government has five years to produce the goods and any sensible politician would be eying his position for this day five years time. More of the same is not an option anymore.
W

It is interesting times ahead. The dynamic has changed now insofar that MM can now go directly head to head against MLMc.
I consider MM an effective orator, and his disdain toward SF is palpable.
It remains to be seen how much he relies on IRA atrocities of the past to keep SF vote at bay. I think he done this effectively in the past. I'm not sure how effective a strategy it is anymore given nearly all SF TDs were never in the IRA (Dessie Ellis is the only one I can think of).
I would suggest it a poor strategy now. The election results in Feb point to a increasing detachment growing numbers of people now have from the coalface of the Troubles. This is understandable. Of my generation, brutal atrocities etched into the conscience, such as Jean McConville and Joan Connolly, are of time past for younger people who will have an increasing sense of detachment from the past and, naturally, a greater interest in the future.

A small observation; Shortly after the David Cullinane "Up the 'Ra" incident and the subsequent outrage, I was in a well known tourist pub in Co Clare at end of February where a political/historical conversation commenced between a 60yr old English friend and a group of college students. With drink involved the conversation was a mish-mash of opinion, but the most striking observation for me was the frequent "up the 'ra" chants by these students. Shortly afterwards, at my sons U14 soccer training I heard the chant amongst a group of boys. It would appear "up the' ra" was trending. This is something that, outside of hardcore republican circles, would not have been tolerated in social settings where I grew up. But here it was, nonchantantly thrown about by young adults.

It is a detachment from a time gone by. While such atrocities should never of course be forgotten, nor will they be, I hope for all our sakes it is the present and future that dominates proceedings in the Dáil as it is clear to my mind that with one in six people not even born here, the priorities are very different, if not necessarily now, but in the very near future.

Those that lean too much on the past as crutch to hold themselves up will quickly become irrelevant.
Last edited: 27 Jun 2020
D

I think the popularity of “ooh aah up the ‘ra” stems from the hugely popular “ooh aah Paul McGrath”.
D

Both of which are entirely different to Gina G’s “ooh aah, just a little bit”.
J

WolfeTone said:
but the most striking observation for me was the frequent "up the 'ra" chants by these students. Shortly afterwards, at my sons U14 soccer training I heard the chant amongst a group of boys. It would appear "up the' ra" was trending. This is something that, outside of hardcore republican circles, would not have been tolerated in social settings where I grew up. But here it was, nonchantantly thrown about by young adults.
Click to expand...

Its the typical anti establishment unthinking populist stuff that the young always want to associate with, its because the violence and murder more or less stopped in the mid 90s, therefore the rawness and brutality of that is now forgotten by the young, they never directly experienced it in the first place. Whats left are the slogans and the chants that have been basically disarmed because the IRA is no longer killing and maiming.
D

It’s taken 130+ days but we finally have a government.
51% of first preferences, 84 TDs in the government and the Taoiseach elected by 93 TDs.

I don’t think anyone wanted a second #GE2020. It would have been unnecessary and C19 would have made it extra complicated.

It’s good to see that there was no faffing about once the PfG had been approved.
W

joe sod said:
Its the typical anti establishment unthinking populist stuff that the young always want to associate with,
Click to expand...

Of course, I'm only thinking that when the Dáil gets down to business that if MM relies on the past to rebuff SF, which he has done effectively before, I'm thinking it won't wash with ever increasing numbers of the electorate. Time, and the fact the current SF TDs have had no participation in the IRA (save Dessie Ellis) is bringing forth that detachment.
I'm looking forward to the bouts between the opposition and government on the social economic and environmental issues of the day.
J

WolfeTone said:
I'm thinking it won't wash with ever increasing numbers of the electorate.
Click to expand...

yes you are correct, do you mean never overestimate the intelligence and integrity of the voter? also MM has been the main target of SF in their social media attacks, they have really focussed in on him personally. Leo Varadker has also been targetted but not to the same extent as MM
D

The dynamic has changed.
J

Drakon said:
SF will attack him because that’s what the opposition do.
Click to expand...

No thats not what opposition does thats what SF does, normal opposition focuses on the total governments policies that should be on FF, FG and the greens in total. However SF will continue to focus personally on MM, less on FG and Leo V and not at all on the green party. The SF strategy which is obvious is to focus personally on MM so as to try and isolate him within FF.
D

As always, SF have their own internal problems. The present ones are a bigger concern.
Cllr Holohan (the Conor McGregor wannabe), who was suspended from the party earlier this year, has been endorsed by the party to run for deputy mayor.
SF-LGBT are “angry” because of his racist and homophobic tweets, podcasts, etc.

But, if you’re a populist party and there’s no election in the offing, and the guy can pull in the votes, just turn a blind eye to it all.
P

Interesting that it is a young cabinet, most in their 30's or 40's. Makes me feel old if I'm honest but a bit of a clean broom in many respects won't do any harm

As for all this garbage about the west not having a minister, I don't care, I'd sooner see them selected for their competence then their location but obviously MM and LV can't come out and say that