David Hall challenged on his forecast of a tsunami of repossessions

Gavin Jennings really challenged David Hall on Morning Ireland the other day. It's well worth listening to. I have not seen him being challenged to this extent before. 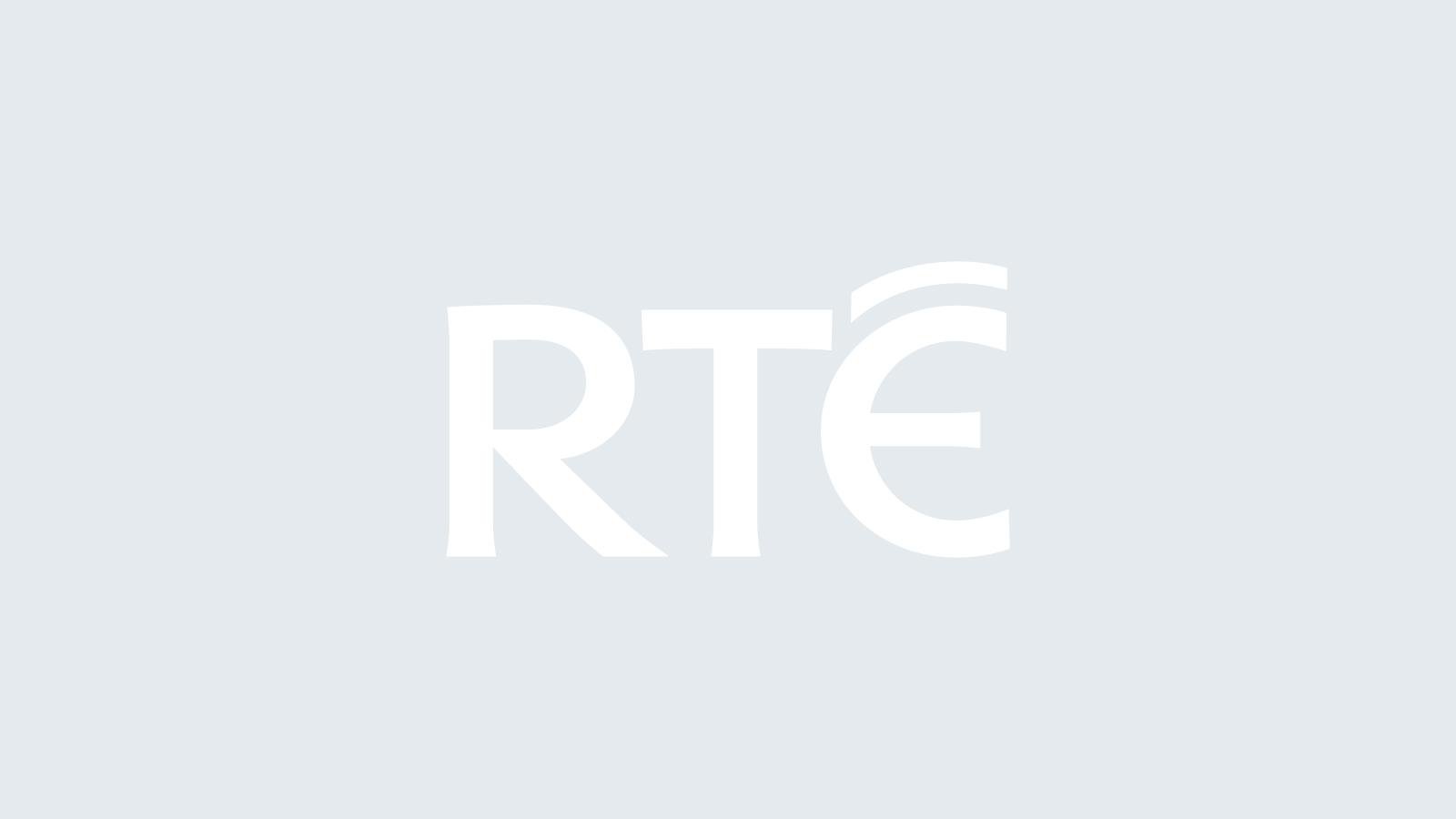 Jennings: "you have made this warning before:
January 2014 you were predicting a tsunami of repossessions that year
Sept 2014 again in the Indo
jan 2015 " a massive ways of family homes being seized"
Dec 2016 predicting tsunami of repossessions on the way
Dec 2017 a tsunami that I and others warned about is actually here
May 2018 - a tsunami is heading down the tracks if an alternative is not found - you told a Dail committee
And here we are again in July 2019..."

you have been predicting a tsunami of repossessions for 5 years now - has it happened yet?

Hall: History will determine who is right. but I can guarantee you one thing - at least a Croke Park full of people will lose their homes

Jennings: How many repossessions have there been in the 5 years you have been making those predictions

Gavin: Would you describe that as a tsunami?

Hall : If you were one of the people affected, it was a tsunami. And it depends on your definition of a tsunami.

David Hall's scaremongering is tedious at this stage -

There are roughly 28,000 mortgages where payments have not been made in over six years. Six years!!

Sarenco said:
There are roughly 28,000 mortgages where payments have not been made in over six years. Six years!!
Click to expand...

That figure was not in the article you quoted. It was in another article and it was a typo and has been corrected.

We don't have the data on payment history.

I suspect that the 28,000 figure is the number of accounts over two years in arrears which is completely different from
the number of borrowers
who have paid nothing
in over 6 years.

That's right Brendan, the stats relate to the number of mortgages, not borrowers, in arrears.
N

Brendan Burgess said:
I suspect that the 28,000 figure is the number of accounts over two years in arrears which is completely different from
the number of borrowers
who have paid nothing
in over 6 years.

Yes. If you have paid nothing between 2010 and 2012 (for example) and then returned to making full repayments ever since (without any formal restructuring) then your mortgage is still in the category of arrears of two years or more.
S

Well, they are only "full repayments" if you ignore the arrears!
N

Are people saying that what David Hall predicts will never come to pass? Is it any wonder that there's people out there who don't like paying back what they borrow?
D

noproblem said:
Are people saying that what David Hall predicts will never come to pass? Is it any wonder that there's people out there who don't like paying back what they borrow?
Click to expand...

I think you could confidently predict that there will not be any tsunamis. That would require making it simpler to obtain a posession order when the reality is that legislation passed this week to make it even more difficult to get a possesion order
N

There's an awful lot of people in this country who think they're entitled to almost everything without payment. It's like a disease and getting worse by the day. No, i'm not generalising either and make no apology for saying that.

On Wednesday, the news that Ulster Bank is selling off more than 3,000 non-performing mortgages leads to a heated exchange between presenter Gavin Jennings and David Hall of the Irish Mortgage Holders Organisation. Hall is alarmed by the prospect of vulture funds owning more mortgages, saying they have no interest in restructuring the loans of indebted homeowners. “This is where the tsunami begins,” he says.

Maybe so, but as Jennings reminds his guest, it’s not his first prediction of such a catastrophe. The presenter lists off seven occasions that Hall has warned of a metaphorical tidal wave since 2014. “You’ve been predicting a tsunami of repossessions for five years, has it happened yet?” Jennings asks tartly. A testy argument ensues, on whether the 3,000-plus repossessions so far made constitute a tsunami, with Hall doubling down on his use of the term while accusing his host of taking “potshots”.

Hall might be accused of alarmism in his forecast of mass repossessions, but his talk of tidal waves is certainly ill-judged: an actual tsunami, after all, can leave hundreds of thousands dead. (His other metric, “a Croke Park full of people”, is more appropriate and has more impact.) But diverting as this grilling is, it also underscores another point that Jennings refers to, albeit more briefly: the absence of anyone from a bank or vulture fund to answer questions as Hall does. Just because someone cries wolf doesn’t mean there aren’t any around.
N

It's easy for people to interview David Hall and others to say that Hall got a grilling. Hall has put his opinion out there and it's based on his theory that Vultures are in the game for one thing only, ie, take possession and sell. Is anyone saying he's wrong, did the interviewer say what he thought the Vultures were buying the properties for? No, that wouldn't be good radio or tv or whatever. Just shoot the messenger and be done. Everyone who's involved in the game of being in arrears will love the interviewer, so will their families and friends. They want restructuring, change loan agreements, make it easier, defer paying their debt, call it what you want it's playing with figures, juggling the books and calling it accountancy or whatever At the end of the day though it doesn't mean David Hall isn't right?

David Hall is completely wrong on so many issues relating to family homes and vulture funds.
1) He has been forecasting a tsunami since 2011 and that is nonsense. I wish he were right. There should be a dramatic increase in repossessions.
2) He says that there is no such thing as strategic defaulters. In a country with widespread insurance fraud, widespread tax and social welfare fraud, widespread ignoring of the rules of the road, how come there are no irresponsible borrowers out there?
3) We have the best protected home loan owners in the world. It doesn't matter if you are a bank or a vulture fund, you will find it next to impossible to get the family home unless the borrower wants to surrender it.
4) The Central Bank has studied the lenders and found that there is little difference between the lenders and the vulture funds in the treatment of home owners in arrears. I have seen appalling behaviour by the banks - has David not seen this? Séamus Coffey's figures about the number of court proceedings back this up. Given the increased sales to vulture funds, one would expect many more legal proceedings. They have halved over the last few years.
5) The Vulture Funds have done more mortgage to rent than the mainstream mortgage lenders despite having much fewer mortgages.
6) He says that we will have a Croke Park full of homeless people. Even if they are repossessed, why should they be homeless? Most of them have plenty of equity in their homes and will be able to rent.
7) 120,000 mortgages have been restructured compared to about 3,000 (?) being repossessed by court order and 10,000 in total between repossession and voluntary surrender.

And this is a very serious issue. People are paralysed with fear when they hear that their loan has been sold. The politicians push stupid legislation though the Dail based on a false analysis of the problem. And the result... the opposite of what the OP says in this thread: More repossessions will not lead to lower mortgage rates

But you are right noproblem, that sort of analysis is not done on the radio or television which much prefers David Hall's bluster.

Brendan Burgess said:
6) He says that we will have a Croke Park full of homeless people. Even if they are repossessed, why should they be homeless?
Most of them have plenty of equity in their homes and will be able to rent.
Click to expand...

This point cannot be stressed enough.

Terry O'Malley in the Central Bank did a paper on this last year. Look at table 1.

The sample is only for owner occupiers in arrears of two years or more. Of this group the average mortgage holder has an LTV of 90%, an age of 49 and 15 years remaining on the mortgage. This does not look particularly unsustainable to me.


A quarter of this group have a property valued LTV of 24% or less, a property worth €176k or less, a rate of 1.2% or less and a monthly instalment of €440 or less. This is a completely sustainable mortgage even for a family on benefits and will pay for itself immediately if rented out. These people are only in arrears for two years or more because they know that the legal system is borrower friendly and lending is much cheaper than an overdraft or a credit card.
Last edited by a moderator: 8 Jul 2019

A very interesting, if confusing table.

They should be a series of separate tables as each column, does not represent one group. For example, the 90th percentile is not a 62 year old with a €361k mortgage and an arrears balance of €129k who is on an interest rate of 4.9%.

25% of all borrowers have an LTV of less than 50%. So if they are repossessed, they will have plenty of money to pay rent.

House prices and capital payments would have brought this figure down to about 20% by now.

These data are a snapshot of all outstanding mortgages at the five main banks,

But the overall point is true. The majority of those over two years in arrears are in positive equity.

Indeed, it would be more useful to sort them into five buckets and provide the median for each bucket.

Still it's more information than I have ever heard any Irish journalist or broadcaster referring to.

Your point about banks vs non-banks is correct, but at the same time the sample excludes the half or so of mortgages by number which are in arrears of below 2 years. If you included these you would find that a substantial majority of mortgages in arrears have an LTV below 100%.

What percentage of strategic defaulters go to David Hall. Does he do statistics on the people he deals with.

NoRegretsCoyote said:
If you included these you would find that a substantial majority of mortgages in arrears have an LTV below 100%.
Click to expand...

Very good point. So we can say

I suspect that most of the irresponsible borrowers don't go anywhere. Those who do might to places like the Hub.

But some must go to the IMHO.

Brendan Burgess said:
Very good point. So we can say

Not quite. The 50th centile is 91% LTV and 75th centile is 120% LTV. I'd say positive equity is around the 60th centile mark. That said house prices have gone up in the 18 months since the sample referred to, so something touching 70% is ballpark.
You must log in or register to reply here.
Share:
Reddit Pinterest Tumblr WhatsApp Email Link
Top