BoI and Ulster top the Ombudsman's Name and Shame list

Bank of Ireland Group had 14 complaints fully upheld and 32 partially upheld against it, when you include all three subsidiaries compared to Ulster Bank's 18 and 21.

Based on the Gaelic scoring system, that is a total of 74 points vs. Ulster Bank's 75 points and 61 for Irish Life.

Given the market share - it makes Ulster Bank a clear winner.

from the Annual Review:

The Table below identiﬁes regulated Financial Service Providers who, in 2016, had at least three complaints against them upheld or partly upheld. Service providers are listed in order of the number of complaints upheld followed by number of complaints partly upheld. The names listed are the ofﬁcial names by which ﬁnancial service providers are detailed in the Central Bank of Ireland’s Register of Regulated Entities. 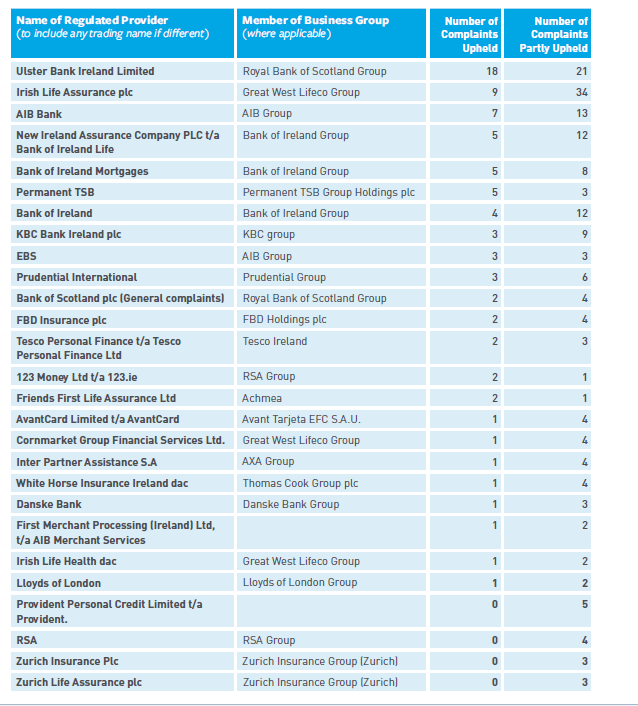 This is very interesting but it's not complete.

Surely some of the Ulster Bank and Irish Life Complaints were recurring?

They should be published so that others affected by the same issue would be able to make complaints.