Many complaints are also resolved through Dispute Resolution by the payment of customer service award, goodwill gesture or compensation payments.

This is in addition to any rectification e.g. restoring a person’s tracker


In 2016, 1,800 complainants got some form or redress either through mediation or adjudication

How the process is getting better...

Following the feedback, we introduced a dedicated dispute resolution service on the 1st of February 2016 to resolve disputes through mediation at an early stage and with the minimum formality necessary. This is what the vast majority of
complainants want. It means we now undertake more direct interactions with both consumers and providers to deliver a faster and more effective service.

Mediation, by telephone and email and through meetings, is now the ﬁrst and preferred option for resolving complaints. By engaging with the parties
directly, and quickly, it is possible to achieve a timely and satisfactory resolution most of the time.

A total of 2,378 complaints were resolved through mediation between the 1st of February and the end of 2016. In addition to being more user friendly, mediation is also quicker. 46% of those who successfully resolved their complaint through the
dispute resolution service had their complaints resolved within two months and 56% in less than three months. 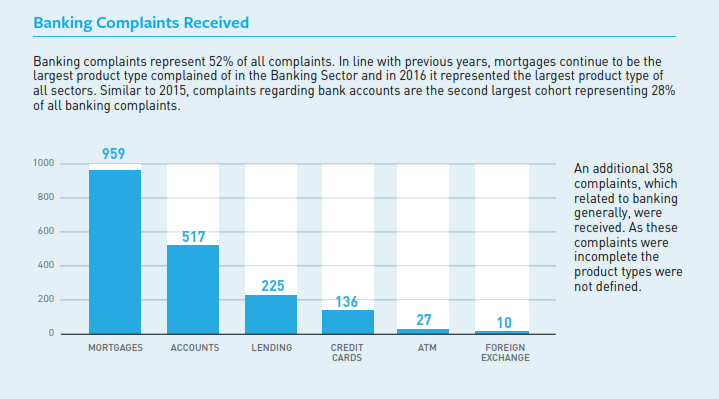 While many of the FSO tracker decisions were before the current FSO's time, it would be good to see the number of tracker appeals that were rejected by his office that have now overturned by the CB.
D