Charlatans, fraudsters and a crock of nonsense: The 27 arguments designed to stop a repossession over a €15,000 debt

Anyone who takes advice from those who say you can avoid debt should read this.

Start Mortgages gets possession order for family home over €60,000 debt

€11,000 debt in 2011 (the price of as second hand fiesta) is now €60,000+ and a repossession order hanging over it because they were so gullible and believed these anti repay your loan charlatans.

Reading it, you find it difficult to believe that someone actually thinks this rubbish will get them off a debt

The eejits that gave the advice should have been in the court.

It's mad stuff and the judge called it out

They appeared to have either fallen into the clutches of “unregulated charlatans” who sell vulnerable indebted people “a crock of nonsense” that there is some legal trick to avoid repayment of lawfully incurred debts or to have downloaded documents from such “fraudsters”.

The defendants arguments never engaged with the substance of what must be engaged with, their continuing default on their loan obligations, he said. He rejected all 27 grounds of challenge, including claims the Circuit Court had no jurisdiction to make the order, the case could not be brought because Ms Cussen had not consented to it, and alleged breaches of human rights law, GDPR and international instruments. There were “absolutely no grounds” for Ms Cussen’s complaints that counsel for Start was “quite aggressive” and “really aggressive” towards her during the appeal hearing, he added.

This is the annoying bit. They should have been kicked out of their home immediately, after trying these stunts. But no, they will get another two years.

Noting it could take up to two years for the possession order to be enforced, he said there was still “time galore” to see if there is some means of arriving at a repayment solution that will not involve them losing their family home.
N

As always, with these stories, the numbers never quite add up. Am never sure if it's whether the journalists are innumerate or the court proceedings don't spell them out properly.

My guess is that they are referring to arrears and not debt.

Here is the judgement

Note, the repossession was previously granted in the Circuit Court. This was an appeal, so the actual amounts didn't come into it but I'm assuming the 60k includes legal fees from the original Circuit Court case.
Last edited: 30 Jul 2021
S

I note she was representing herself - I hope the judge asked her to explain the full legal background and implications of that 1666 law she was citing. At least they have the comfort of knowing they are still "freemen of the land" or whatever.
A

They haven't paid a penny since 2017 and, probably, not much before that either.
They have done alright, as far as I can see. Not paying their debt has given them tens of thousands of extra income, to spend on themselves.
They are still in the house and can, probably, come up with some deal to pay a small amount each year. Then default again and go back to the courts.
I would find it very tiresome and the old conscience would probably get to me, but you've got to hand it to them. I wish I had the gall to do it.

I mean rich people do this all the time, just stop paying their debts and not much happens.
C

The courts search is useless.
I just used Google and got this

"The court could go on but will not. "

That judgement is a great read. Very entertaining.

"It is important also to remember, amid all this mention of rights, that there is one right which has very clearly been breached here, which is the contractual right of Start Mortgages to be repaid monies that were lawfully loaned in a lawful transaction that the defendants lawfully and freely participated in."
Last edited: 30 Jul 2021

The just-quoted text is wanting in sense. As to [1], one cannot escape liability on a debt simply by dying. As to [2], no-one has ever claimed that any of the defendants is a company. As to [3], there is no suggestion that any of the defendants is a ‘thing’, and the court has no idea what the reference to salvage is supposed to convey. As to [4], the phrases “uniform commercial codified law 1933 format” and “maritime/ecclesiastical/canon law 1986 format” make no sense as a matter of Irish law. As to [5], the court is mystified by the reference to the Act of 1666. That was an Act enacted by the English Parliament in the reign of Charles II for England and Wales. (It was not until 1695 that the Irish Parliament adopted a similar measure by way of the Life Estates Act of that year). The preamble to the Act of 1666 indicates that its enactment was prompted by the fact that there had been situations where tenants for life effectively disappeared, causing difficulties for the landlord and any reversioners. Unless it could be proved that the tenant was actually dead, the estate could end up in a form of legal limbo. To avoid these problems, the Act allowed life tenants to be declared dead if they went missing for seven years or more. Thereafter, a landlord or reversioner could launch an action to recover the estate. But under s.IV if the tenant subsequently turned up alive, they could regain the estate along with damages. Leaving aside the territorial application of the Act of 1666, quite what any of this has to do with enforcing the loan in issue in these proceedings is entirely unclear to the court: what seems to be at play is a misreading of s.IV divorced from its historical context, express wording, and jurisdictional application, in short a form of legal nonsense.

(v) invoking irrelevant religious documentation, e.g., “The MOTO PROPRIO of francis is in full force and you are not immune from the criminal sanctions associated with same”. A ‘motu proprio’ is a form of papal document and the current Catholic pontiff – presumably the ‘Francis’ to whom reference is made, albeit using a disrespectful small ‘f’ – may be an esteemed gentleman but he has nothing to do with the enforcement of debts owing under Irish contract law and no role in Irish criminal law or in Irish law more generally.

64. The court will not grant any stay on the order for possession. This is because following on the order now being made, before actual possession is eventually effected, i.e. the order for possession is executed, the mortgagee will have to bring a fresh motion in the Circuit Court for execution, there will be no return date before the autumn of this year, that motion will have to be heard by a judge, and there is a right of appeal from whatever that judge decides. So, depending on how matters proceed, there could be another 18–24 months before the order for possession falls to be enforced. If Mr and Ms Cussen will just do the sensible thing and engage properly with Start (and with MABS) even at this late stage – and, at least to the court, this would seem the most prudent course of action for them to take – there is time galore in that 18-24 month period to see if there is some means of arriving at a repayment solution between themselves and Start that will not involve them losing their family home. They cannot, as they have done since 2017, pay absolutely nothing to reduce still-mounting arrears, avoid any meaningful engagement with Start, and expect that the courts will laud their stance or that things will somehow work themselves out. Start, to its credit, repeatedly made clear at the hearing of this application that it is open to sensible engagement by the Cussens; it is now for the Cussens to take the next step in this regard. That will begin with submitting a standard financial statement and engaging constructively with Start thereafter. It may take courage for them to abandon the path that they have hitherto pursued but their persistence in bringing the within proceedings to the present juncture suggests most strongly to the court that neither of the defendants is wanting in courage.
C

Going back to the original topic ... that judgement is a great read.

Really clearly written, barely any legalese and very funny in places. I wonder if it will become the Irish equivalent of that amazing Canadian judgement critiquing the whole Freeman/Sovereign Citizen thing?

@ClubMan . totally agree. I'm not one for reading court judgements, but I was well impressed with the way the judge spoke to the key issues in the case, and more generally regarding debt.
C

One of my other favourite Freeman deconstructions... (There are some gaps in the audio near the start) 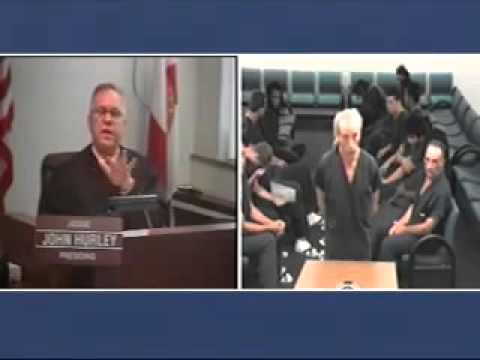 One of the best all time. This guy was already arrested twice for driving on a suspended driver's license, now he faces a DUI charge. Here's a Sovereign Cit...

Plenty of form too, esp from Chris. Quite entertaining

He has issues with masks
https://www.irishexaminer.com/news/courtandcrime/arid-40205042.html

Is part of a common law court https://www.commonlawcourt.com/fictitious_names/christopher-cussen/

LEGAL ACTION by a motorist to recoup the cost of repairs to his car drew an admission from Wexford Borough Council that a road where the vehicle came to grief was severely damaged. But the case taken by Chris Cussen of Ballymacoonoge in The Ballagh failed to secure the price of replacing his...

and for some reason refuses to use indicators on his car.
M

That judgement was a great read!

This Cussen is far down the rabbit hole. 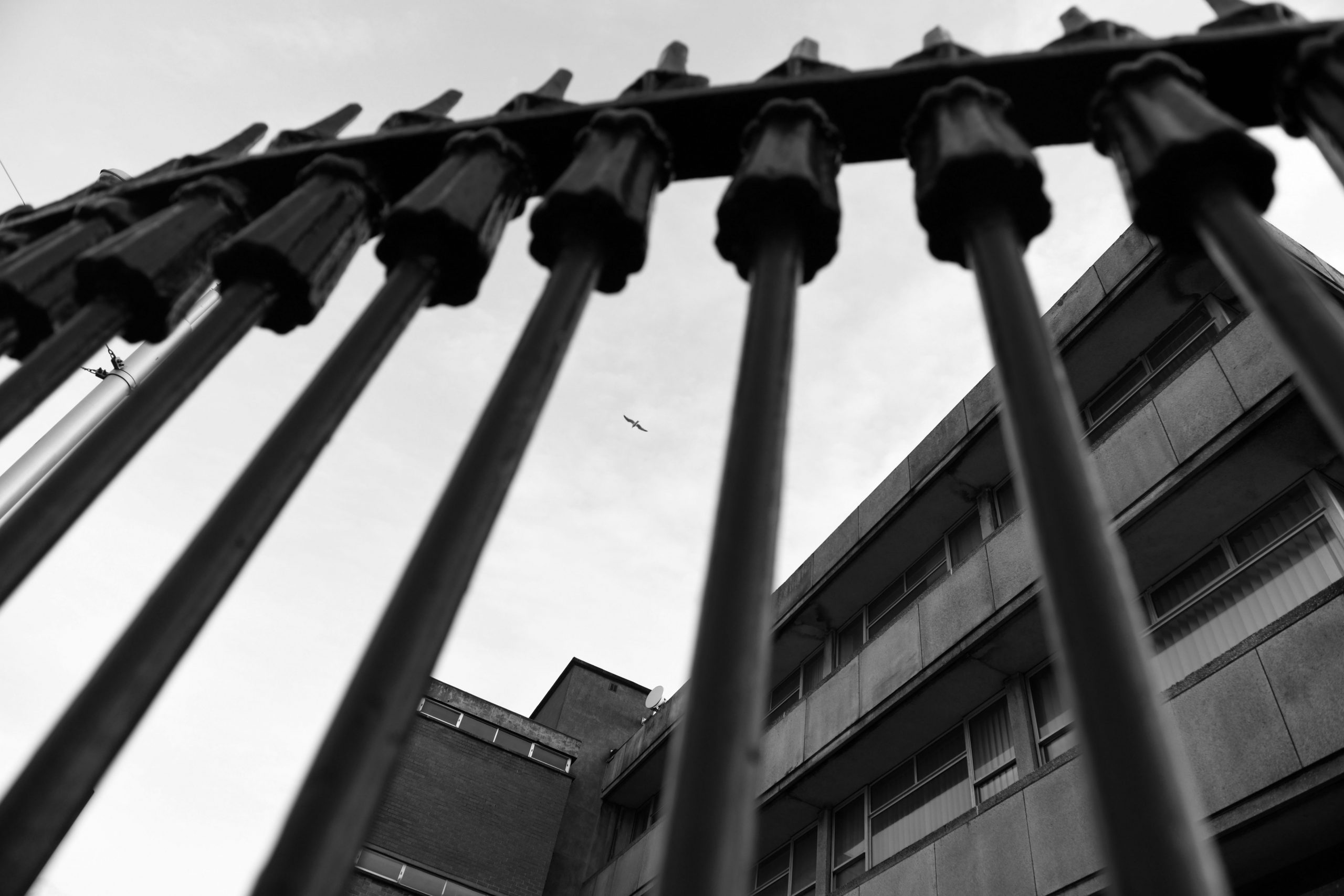 Charlatans, fraudsters and a crock of nonsense: The 27 arguments designed to stop a repossession over a €15,000 debt - The Currency

Mr Justice Max Barrett put it succinctly. It was, in many ways, an unfortunate case. After all, a husband and wife were one the cusp of losing their house after falling into mortgage arrears of just €15,000, a sum the High Court judge said should be repayable if it was spread over enough years...